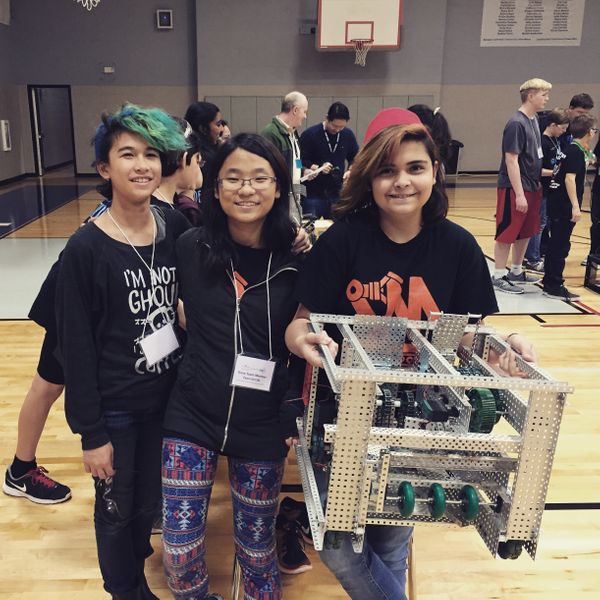 Sounds like a great weekend! Here's what Mr. Robinson said:

Three of seven Murchison Robotics teams competed in a VEX Robotics competition at McKamy Middle School in Flower Mound (near Dallas) on Saturday. All three 8th grade teams did an outstanding job competing and communicating within their team and with other teams and adults at the competition. Team 8512C, "Team Underscore Name", won the Sportsmanship Award for the best team that earned the respect and admiration of the volunteers and other teams at the event. This is the first time Murchison has won this award!