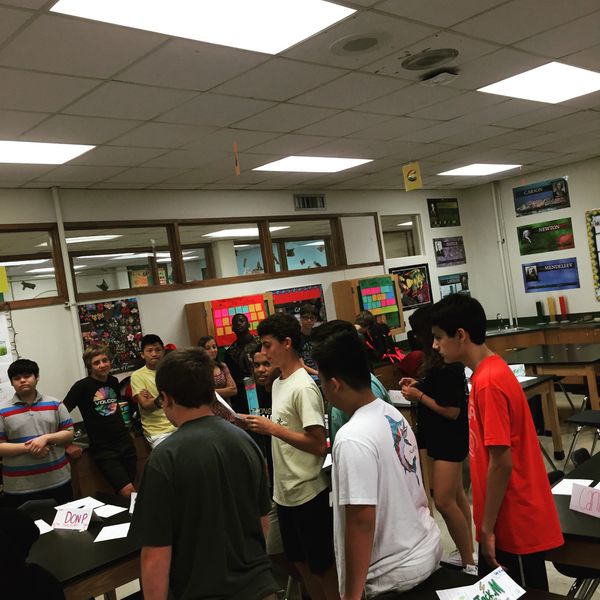 Day 6: Do grades interfere with learning?

One of my favorite lessons from last year was repeated this year (after the 8th grade science team made some improvements to an already awesome lesson). Students have a class discussion in a style called "Philosophical Chairs" in which kids stand on one side of the room or the other based on their answer to the question "Do grades interfere with learning and motivation?". Some kids started out in the center of the room, meaning they were unsure of their own beliefs or they believed that the answers can be both yes and no at times. Students had some amazingly brilliant insights into grades and the grading system. I even got to participate in the discussions and offered my opinions based on the research I've read about learning, motivation, grading, and schooling. I tweeted student ideas as fast as I could, but it was hard to keep up with all their creative responses!

A lot of teachers say "I just want my kids to think critically" but here's a real life example of what that looks like. I know many of these students had never been given the space to even question something as status quo as grading, but the kids rocked the discussions and the teachers did an awesome job facilitating.