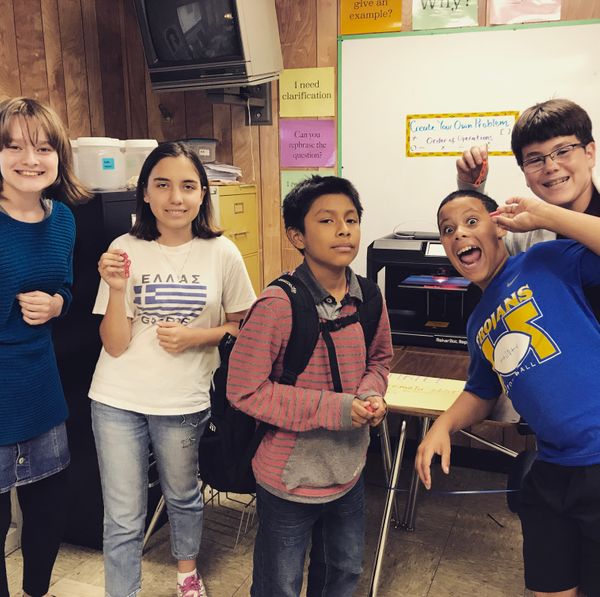 This was the 2nd (and probably last one with pizza due to my funding running out) Math Club Pizza Night. This time we had a 3D printer running the whole time and students who showed the most math focus after school (and those that also helped clean up the most) got to keep a cool little trinket. We played math games, did logic puzzles, an estimation task, and got to know each other a little bit better. I know I had a great time, and it also appeared that the kids did too!